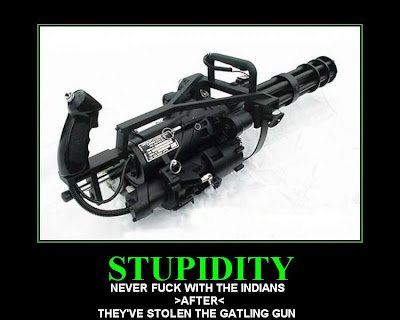 Well I said in my last posting I was going to get 'stupid' on them. They really didn't quite understand that I'm a lot smarter than they give me credit for. As the Great Strategist Sun Tzu wrote: "One who knows the enemy and knows himself will not be in danger in a hundred battles." Loosely and freely interpreted, it means that by knowing the enemy and oneself, one is on solid ground tactically and strategically speaking.

Well, Stanley ASSociates has since the begining underestimated me, and thought that I'm just a "Big Ole Dumb Redneck" and not too sharp in ye old brains department. How unfortunate for them. After my rant the other night concerning the "BOHICA" (Bend Over Here It Comes Again) events of the past few days, I figured it was time to drop a grenade or two on the Higher Ups. Specifically, I did what every person thinks about doing, but rarely does.

I went online and found the Top Six Executives at Stanley ASSociates and their respective emails. I then crafted a very intelligent and pointed email and essentially threw the entire chain of command under Ye Old Bus... As in Tossed them without any benefit of any redemption except to get me the fuck out of here ASAFP. I figured that it was only fair to bitch as high as I could go, seeing that they really won't do shit for me here. I figgered that they wanted to fuck me, so it was only fair that I return the favor in spades. I emailed the CEO, CFO Executive VPs, all four of them. Suck on that fuckers!

And as they say... for my next trick: If I don't get what I want, I'm posting all them lovely email addys up here on my Blog with the intention of letting you, the Valued Readers express your contempt for these douchebags. If it works out, I'll just let it go. Escalation is such an ugly thing, but in this case, it seems to be doing JUST what I want... which is hopefully getting the hell out of here.
Posted by Big Country at 15:34