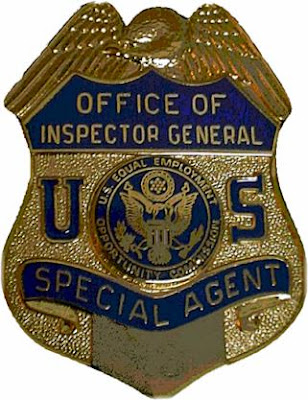 Aight....
I'm back... back and loaded. Locked, Cocked and Loaded with bile and ammo to spare. I'm back in the fucking God Bless America Fuck the Rest of the World United States of Fuckin' America. And if the overuse of profanity offends you, then fuck you, you shouldn't be reading this then.

Reality Check: I got out of Kuwait by doing whats called an "Executive Email Carpet Bomb." This means I sent a "Hey I'm getting fucked" email to the CEO, the CFO, the COO and every single asshole who was an Executive Vice President in the ENTIRE company. Yeah... I sent out a "Hey I'm quitting but are you aware that your dirty assed employees are doing shit that could get you put in jail?" email. That and the lines of "I'm CC'ing my Lawyer and My Brother the Special Agent at the Office of the Inspector General as well." might have had something to do with it.

Now, granted, Hud ain't part of the Department of Defense Inspector General's Office, but he IS an I.G. Special Agent (read Nazi Bastard in the Governments lingo) and by his own words "knows people" and that might have helped me out. The reason being that a Special Agent in the Orifice of The Inspector General is about as popular as a fat bitch at a Catholic Junior High School dance... someone has to dance with her, and if you don't then yer fucked. Namedropping Hud's name and position is a major help in my line of work, especially as they, my crooked assed former employers, knew that to chance having and IG look at them it to invite disaster.

So, last week on Thursday I hit the US and have been drunk since. Drunk and laid I might add. Yep. Been physically assaulting with the intent to impregnate if I had the option. Not that I have to worry about making a baby as I got chopped long ago after kinder #2, as the P'Nut shortly showed up, but trying is 90% of the fun involved.

Today I started with my new company. Got treated like Royalty too.... Mr Big Country as they were calling me... I'll fill you in on it later, but so far, so good. I'll cut this short as I'm working on Buzz Number 20 now, but I'll try to give some political views later... Lots going on, and I found out my Military Mail In Vote was propbably shitcanned... so the election shows that it's goiung to be crooked as hell, and I'll get into it later. Until then, Peace and Party Time!
Posted by Big Country at 05:34

Thank you for beiing you