OK friends and neighbors. Back again. This time with a legit update on casual observations I’ve made here in the Land of The Baghdad Café. Ye Olde Intrepid Reporter had a tough one, what with his Dad getting a bad case of the “deads” and all, but seeing that I’ll be home shortly to celebrate his life and see my wife and kids, that about evens the score. So, as the late great Paul Harvey used to say…”Stand by…for NEWS!”

One observation in the ‘supposed’ drawdown is the uptick in Iraqi military activity. I’m not giving any secrets away because even the bloody insurgents can tell the difference between the US troops (grey-digital ACU uniforms) and the Iraqis, (desert tan old style US camo) Seems that the Iraqis, from my observations, are getting more ‘hot n heavy.’ A few weeks ago I was on Route Irish, formerly known by Newsweek magazine as “The SINGLE most DANGEROUS section of highway in the known Universe” (quick aside: my how things have changed!) and as I rolled down the pockmarked pavement, what should I see but a convoy of Iraqis.

Not just any convoy tho. I counted one T-72 Echo model, one T-55 with IR spotlight and night vision variant, two BMP-1 export models, a World War II vintage armored car and an MT-LB Command Track all being moved on what appeared to be the old US Army prime mover flatbeds. Now at first, I thought that these were more ‘trophy’ vehicles. To explain, the Army LOVES taking and shipping the old armor that the Iraqis either abandoned or lost to us and sending it back home so they can park it in front of the Unit’s buildings as a “See what we captured?” For the most part it’s bullshit, heaping , steaming, type: many each. The unit “captured” in that they went down to a muddy field where the tank/apc/whatever has been sitting since the Haj abandoned it in 2003, dug it out of the mud, slapped a fresh coat of paint on it, and then bring it back home to the States to display in some byzantine display of “pseudo-military prowess on the battlefield” Anyways, I digress per usual:

The stuff I was seeing was completely refurbished. As in if not factory new, at least depot-level refinished. Now to those of you just arriving, you may ask “Hey Big Country, how do you know what those tracks were?” Well, for the pencil waving editor, I’ll provide the following. My first MOS (military occupational specialty a.k.a. as my job) was 11 H or Hotel, which was Heavy Anti-Armor Weapons Infantryman. Means I was a tank-killer, and that tank identification was and still is my bread and butter. How many guys do you know who were given a complete set of “Janes All The Worlds Armor” identification books for Christmas? And I don’t mean the little paperback jobbies… but the gorilla two-grand- a-book ID books that even some libraries have trouble getting. Mom and Dad thought they were the PERFECT gift for their lunatic TOW-Gunning son of a gun. Ergo, I’m a fucking expert who still as a hobby lives and breathes Armor ID.

Now, the interesting part on this was as the same day I saw the tanks being moved downtown, I also saw something that reflexively froze my blood in my veins. I was on my way out to Sather when I heard a helicopter overhead. Now, being here for 5 years, I can tell you much like any Vietnam vet can tell you if it’s a Huey overhead or not. I can pretty much distinguish between a Blackhawk, Kiowa, Apache, and a Chinook. On occasion, there are the odd Hueys, being Bell 206’s that the Iraq Government uses, but this time it was different… A deep resonant bass sound… Loud… make that LOUD!!! And thevibration emanating ran from my chest to my inner ear it was so deep and loud. I looked up.. and what do my eyes behold: 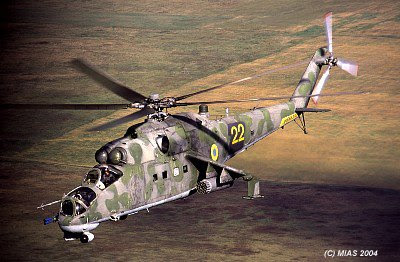 A Hind. A motherfucking Hind… Mi-24D model… The reason we developed the AH-64. A pure-d BADASS mo’fo of a Warbird. The Bane of the Afghan Mujadaheen (back when we wuz still buddies) up until we gave them the Stinger MANPAD (typical jihadist… no sense of loyalty or gratitude) and when I was in the Army, the feared and preferred weapon of out adversary, which makes a distinct sound when flying at you… Flying in Iraqi colors no less!

Seems between the Heavy Armor and the Hinds I’ve seen cruising around lately, one of two things are happening. One is that the Iraqis are beefing up and not going to take any more shit from anyone or Two, well…

Hell… I got nothing. The amount of firepower that I’ve seen the Iraqis fielding lately is immense, and I HOPE bodes well for our guys starting to ramp down. Granted the Maliki Government doesn’t want us to go, seeing that there are ten thousand political parties/loyalties here and this government is pretty weak in the hinterlands, but the Iraqi Military might be getting into a position to take over. I mean with the firepower they are accruing, it sure is as hell possible we might see a “Saddam the 2nd” except under the guidance of the “Kinder Gentler” United States and whatever puppet is currently in charge there. It could happen. The majority of Middle Eastern States LIKE having a strongman in charge… ye olde ‘velvet covered iron fist’ ideal. I guess we’ll just have to watch and see, and see what cooks over the next few months.

Stay tuned as it’s bound to be interesting.
Posted by Big Country at 18:18

the Bell 206 is a Jet Ranger, not a Huey. The Jet Ranger is the civilian version of the Kiowa.
LOL blow the dust off of the Jane's World Aircraft before you start engaging friendlys, LOL Threat and Friendly Aircraft Identification was my claim to fame.
Its all good bro, you know I would still play reindeer games with you in Baghdad if I wasnt out west in the land of sand storms.