October is here, and I'm still stuck in Kuwait, working a job that's worn me down to the nub. Yes Dear Readers, The Intrepid Reporter, namely me, Big Country, is still here and even more retarded than usual. When we last left me, I was in the throes of a Siddique Induced Insanity, and hoping that the hangover wouldn't kill me. Good News, Bad News. Good News: The hangover didn't kill me, and yep, the Bad News is that the hangover didn't kill me. Que Sera Sera as they say.


I've been hoping to avoid any sort of politics as of late, but what with the insanity of our Elected Overlords pushing just about any sort of law that benefits Big Biddness or their Corporate Enslavers, what without any sort of oversight, or even giving two shits about how we, the "Common Gunclingers" feel about it. I mean really, the fact that we've essentially crossed the rubicion on the Constitution... crossed it with a vengeance, and that every person I've spoken with over here in Kuwait has pretty much said the same thing: They just don't give a shit about us anymore. My Kids Grandkids are going to be paying for this one... mark my words. The fact that they have set themselves up, and their families with enough financial padding that THEY don't want or need for anything. How about the common man? HA! Good fucking luck on that one pal. Anyways... Enough on the "Corporate Theft of Our Money" i.e. "The Bailout." It's enough to get my blood pressure into the red zone, and Lord knows, I don't need that.


Other things... Well Iraq is coming up soon. Hopefully these jokers here, my own Enslavers, will get off the fucking dime and get me some plane tickets. It's amazing how when I took this job, they couldn't get me over here fast enough. I mean like ZOOOOOOM fast. As in 'blink and you'll miss it' kind of super speed... Hell Ludicrous Speed as it were... 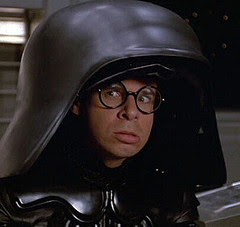 Yeah... I can't resist a Mel Brooks 'insert' but hey... it is true! They got me up and out of the gate like a damned Greyhound chasing that robo-rabbit. That was fine as I needed to earn some real money as opposed to the heavily taxed crap I was earning back at Dell. I mean what good is it to earn $40K a year and then have them take over 25% of it in taxes, if not more?

THATS the main reason I contract. Overseas money means (at least until the Obamamessiah gets elected) tax free money... which in itself is the basis for another ENTIRE subject for another time. I'll leave the Obamammama rants alone for now. Anywho... Like I said... I need for someone to get off the friggin dime and get me the hell out of here so I can have some "Quality Time" with my family. This means get me out of here so I can teach my kids how to shoot and drink enough beer to melt my cortex into my neck. That and -hopefully- spend some alone time with Household Six... even if this means sending the kids to the Demon-in-Laws or outright selling them if I have to. I'm holding on, granted by my fingernails, but man is it a struggle.

The BEST news I can share is that we're finally through Ramadan. The High Holy Days of Allah and Company are over. This means that now we can go back to having some 'normalcy' around here, albeit whats normal here wouldn't pass the smell test back home. The biggest thing to me is that now the stores are open at 'normal hours.' During Ramadan, because it involves fasting from sunup to sundown, these assclowns here close every single store and restuarant in the entire friggin country from sunup til sundown. Can't risk someone not being a good Little Islamic Monkey now and tempt them with a Mickey D's Burger now can we? Nope... we got to close everything down because otherwise someone might be tempted to eat a burger. Yeah... hows that looking for wierdness? It's the same concept of them covering their women up from head to toe with the abaya. You know... the Ninja Wimmen Look. 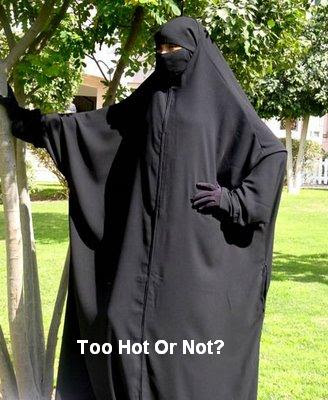 Yeah... They do this to and I quote: "..to avoid temption and bringing and inciting lust into the hearts of men, a good Muslim Woman will wear the abaya." Yep... it's all about avoiding temptation. By covering a woman up, it keeps that dirty little slut from raising temptation in the hearts of us Good God Fearing men... Like men don't have any self control? I guess if you're a Arab male then maybe they don't have any impulse control? It would explain a LOT about them AND their leaders spouting off like a bunch of Rabid Jackals like Imadinnajacket in Iran saying some of the off the wall shit he spouts. Hmmmn... methinks I might be onto something there. More exploration of that later...

Anyways, besides me being on my usual rant, I'm pleased to say that the Burgers are Back now that this fasting crap is over, and I'm able to get some premium Mickey D's again. I'm just hoping I can get back to the States within the next week so's I can compare the burgers ya know? That's it for now, I suppose I'll have more ammunition for my next little rant. Til then, I remain, The Intrepid Reporter.